Since April 2020 we have been offering webinar to different topics held by STEM teachers. We have recorded some of them and will published them on this page. This way you can further your professional development any time. You find an overview of the upcoming webinars here. 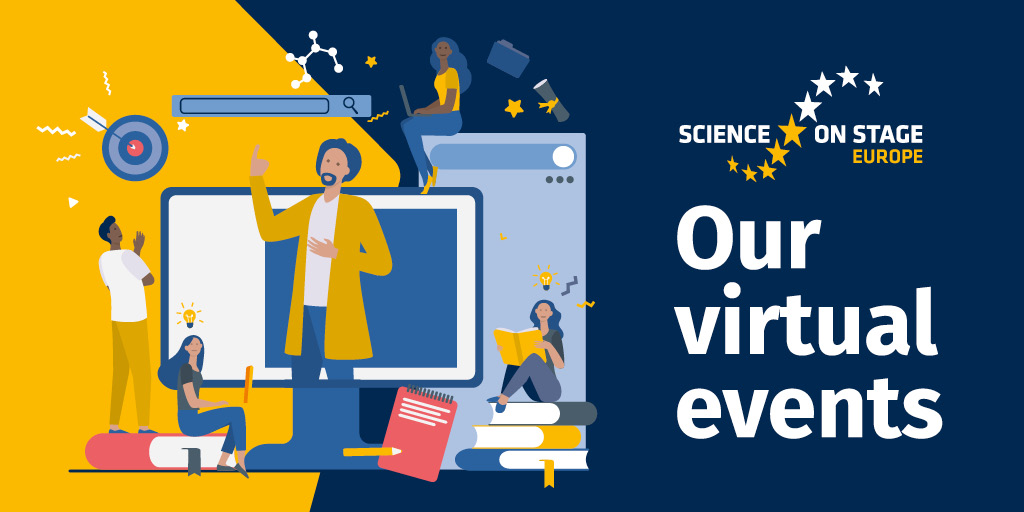 Microscale chemistry techniques reduce the cost, and the effect on the environment of the chemicals used. They are also safer, quicker and engage students more effectively allowing for a more personalised experience. This webinar will show several microscale chemistry experiments demonstrating some of the techniques and apparatus used that can be easily transferred to the science classroom as well online teaching to engage and enthuse.

A colorimeter allows you to find the quantity of a coloured substance in a solution by measuring how much light of a particular wavelength is absorbed by the sample. Professionally, this is done with spectrophotometers which are expensive and have the disadvantage of being a true black box. That said, it is possible to build a colorimeter that works at a single wavelength using a simple circuit consisting of some resistors, a light sensitive resistor and some coloured leds, which allows us to change the wavelength and intensity of the light source.

The presenters did this in the "Oranges and Lemons" project to measure the amount of limonene extracted, however, it is also possible to use this simple instrument to demonstrate kinetics (for example the reaction of a food colouring dye with bleach).

You can find the teaching material "Oranges and Lemons" here and the recording to the corresponding webinar here.

The scope of this webinar is to introduce primary and secondary school science teachers to the design of electric circuits and the programming of microcontrollers by using the online virtual environment of Tinkercad (https://www.tinkercad.com/​). Tinkercad offers many benefits as it doesn’t require any installation or high-performance computer and all electronic components possess almost real-world characteristics. Simulating a project can be really quick and easy and besides it is absolutely free for everyone.

This webinar for secondary teachers is about the exploration of limonene as a suitable subject for connecting different parts of the school curriculum in physical and organic chemistry. In particular, the presenters will demonstrate the construction and use of a simple polarimeter to examine the optical rotation of pure limonene and also how it can be used for other experiments, beyond an analysis of limonene itself. You can find the free teaching material "Oranges and Lemons" here: www.science-on-stage.eu/oranges-and-lemons

Watch this if you can! How to use video production in remote STEM classes Due to COVID-19, often lab experiences had to be canceled and many teachers are in need of ideas for lab replacements. In this webinar the presenters showed activities and, most of all, how to use technology to perform STEM labs at home and record them using the two techniques easily available on smartphone cameras and action cams: slow-motion and time-lapse. With slow-motion, you can expand time to be able to see details that otherwise would remain unseen.

With time-lapse on the other hand, you compress big amounts of time. This can allow you to monitor a long-lasting process through a long time period, squeezing time, so that the video recording lasts only seconds or minutes. This way otherwise invisible patterns can become recognizable. Students can design, prepare and perform their own labs and document them with smartphones or action cams using these techniques, even at home which is especially important in the case of distance learning. The webinar is suitable for both secondary and primary teachers. Prior knowledge on video recording is useful, but anything can be learned in the field while trying the first attempts to record videos.

The “What Happens Next?” webinar is a series of short “demonstration” experiments, several of which have discrepant outcomes - that is outcomes that you may not initially expect. The “audience” (whether consisting of teachers or pupils) is asked to decide on the outcome of the experiment. Working in groups this approach encourages discussion, enabling all to voice their opinion. It often identifies misunderstandings and enables participants to clarify ideas, and can be used diagnostically for both pupils and teachers. Many of the suggested experiments are those that can be easily repeated, (often at home).

David records a series of experiments which he shares in the facebook group "What Happens Next?". You find a selection on our Youtube channel

In this webinar for primary and secondary teachers, teachers gained some basic knowledge of the BBC micro:bit, a microcomputer which has become popular recently. It aims to inspire young people to get creative and develop core skills in science, technology and engineering. The integrated sensors distinguish the micro:bit from other robotic tools.

This pocket-sized codeable computer has motion detection, a built-in compass and Bluetooth technology. With the micro:bit, which is quite easy to use, classes can be both recreative and instructive. Even those who have not been involved in coding yet, can easily compute some elementary operations with Microsoft Makecode.

Some primary subjects such as the origin of micro:bit, key features of it, the use of LEDs, buttons and sensors are going to be explained on this webinar. In addition, some spesific hands-on activities are going to be mentioned.

In this webinar for secondary teachers, the speakers presented “Coding H2O”and explained how it could be adapted by teachers with very little knowledge about coding. Using this innovative approach students can use coding to design and carry out scientific experiments in order to learn different topics in science using an inquiry-based learning methodology.

The teaching unit is taken from the brochure "Coding in STEM Education" from the topic ‘Environment 4.0’. The project is proudly supported by SAP.