These activities aim to raise students’ awareness of climate change and the acidification of oceans. Students study how scientists learn about past climate, how carbon dioxide is produced in combustion processes and how this greenhouse gas affects not only the air temperature but also the life of marine organisms.

Through videos, interactive materials, programming and laboratory activities, students explore the role of human activities in increasing carbon dioxide and its impact on the earth's temperature, ocean acidification and marine biodiversity. They study fossil fuel combustion, greenhouse effects, acidification and hydrogen fuel cells as one of the global solutions. They are also encouraged to act locally by being a force for change.

Carbon dioxide is a greenhouse effect gas essential for life. This gas in the air does not form a large percentage of the air around us, but it is essential to control its release into the atmosphere, since an excess of it can cause great harm. Although the greenhouse effect prevents the earth from losing too much IR radiation and suffering drastic falls in temperature at nights as a result, too much greenhouse effect causes the temperature to rise too much, causing glaciers to melt and the water level in our oceans to rise. Moreover, carbon dioxide is absorbed by the oceans which then become acidified which has harmful consequences for marine biodiversity.

Climate education needs to be a priority for our education systems, as stated in Article 12 of the Paris Agreement. This learning unit proposes to focus on the anthropogenic causes of carbon dioxide increases and its consequences for global warming and the oceans. There is a need to explore clean energy resources, such as fuel cells. Think globally and act locally through students' proposals to reduce our impact at their school and in their area.

Start your lesson with the CO2 quiz

The learning unit starts with a quiz to question students' initial conceptions and knowledge. The quiz focuses on the main concepts covered in the unit, particularly on the causes and consequences of climate change. A number of online tools are available to survey the students. The questionnaire is provided as an H5P activity below and as docx and as pdf file.

In this lesson, students adopt an investigative approach to demonstrate the formation of carbon dioxide during human activities related to the combustion of fossil fuels.

The aim of this experiment is to prove that the greenhouse effect is caused by carbon dioxide.

Students measure the CO2 concentration and temperature in a jar containing water (Jar 1) and the same magnitudes in another jar (Jar 2) with the same water volume but in which students generate CO2 using a chemical reaction; which could be accomplished by adding 2 tablespoons of an effervescent fruit salt. Students can measure carbon dioxide in Jar 1 only at the beginning of the experiment, so only one CO2 sensor will be needed. A lamp is used to simulate the sun and to heat both liquids, making sure the distance from the lamp to both jars is the same. The jars can be black to increase and model thermic energy absorption.

Students program a microcontroller to record the time, the temperature and the CO2 concentration measured in ppm. Students compare data from both jars and come to conclusions about the relationship between the amount of carbon dioxide and the increase in temperature.

Students explore documents on how scientists learn about past climates. They analyse the Vostok curves and make the link between temperature increase and carbon dioxide concentration. They compare the impact of human activities to other phenomena.

Go to Greenhouse Effect and Temperature

In this lesson, through laboratory activities, students investigate the effect of CO2 on ocean acidification and the resulting threat to biodiversity.

This section covers the following laboratory activities on ocean acidification:

This lesson can be approached at different levels of study and with different pH measuring equipment.

Hydrogen fuel cells have the advantage of not producing carbon dioxide. They produce electricity, heat and water from pure hydrogen and oxygen. Oxygen is abundant in the atmosphere, while hydrogen is the most common element in the universe. However, hydrogen does not exist on earth in its natural state. It therefore has to be produced artificially before it can be used as a fuel. Students will look at the processes of producing hydrogen and how a fuel cell works. They study water as a source material for hydrogen fuel cells as an electrolyser to produce hydrogen with solar cells. Then they use the hydrogen fuel cell to produce electricity. They determine the energy efficiency by calculating the energy delivered to the cell during the electrolysis and the energy delivered by the cell while the motor is running.

Go to Solving the Problem

Students can calculate their carbon footprint using online sites and compare it between different schools in different European countries.

They can measure sea pH in different countries and exchange their results. They can test the acidification effects on different animal shells in each school.

To spread information students can organise an exhibition for the community. This exhibition could have a digital format posted on the school website.

This project raises students' awareness of the causes and consequences of climate change on biodiversity. They become aware of the role of human activities but also of the existence of solutions. 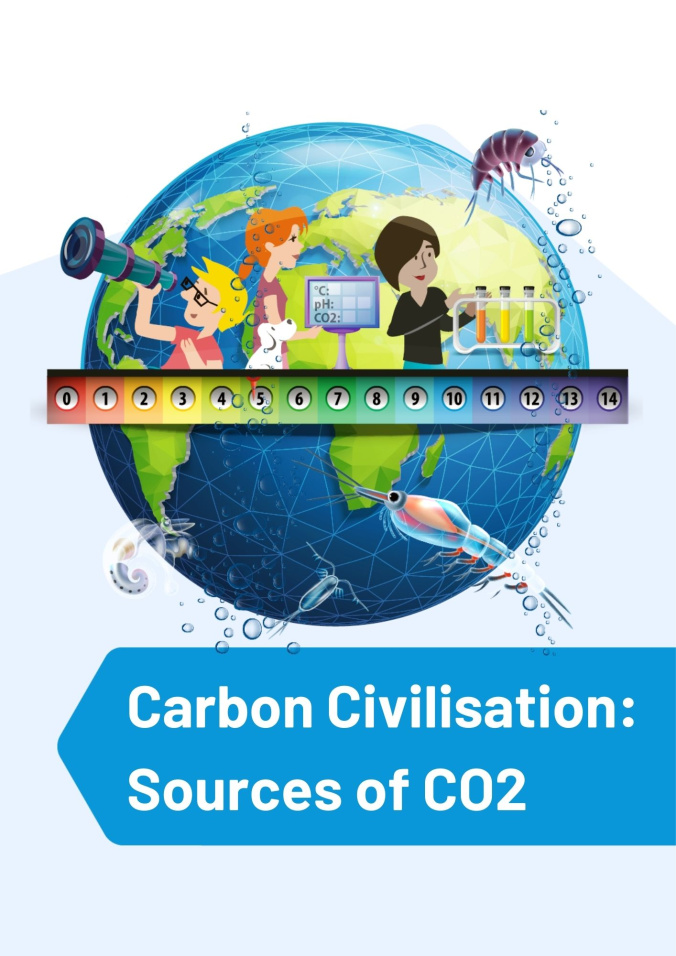 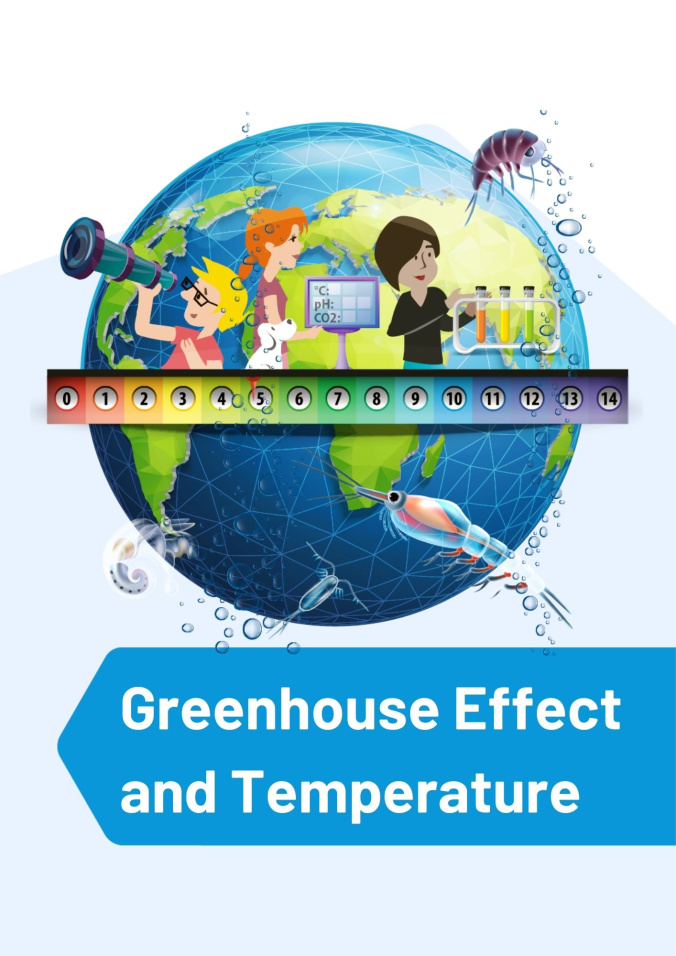 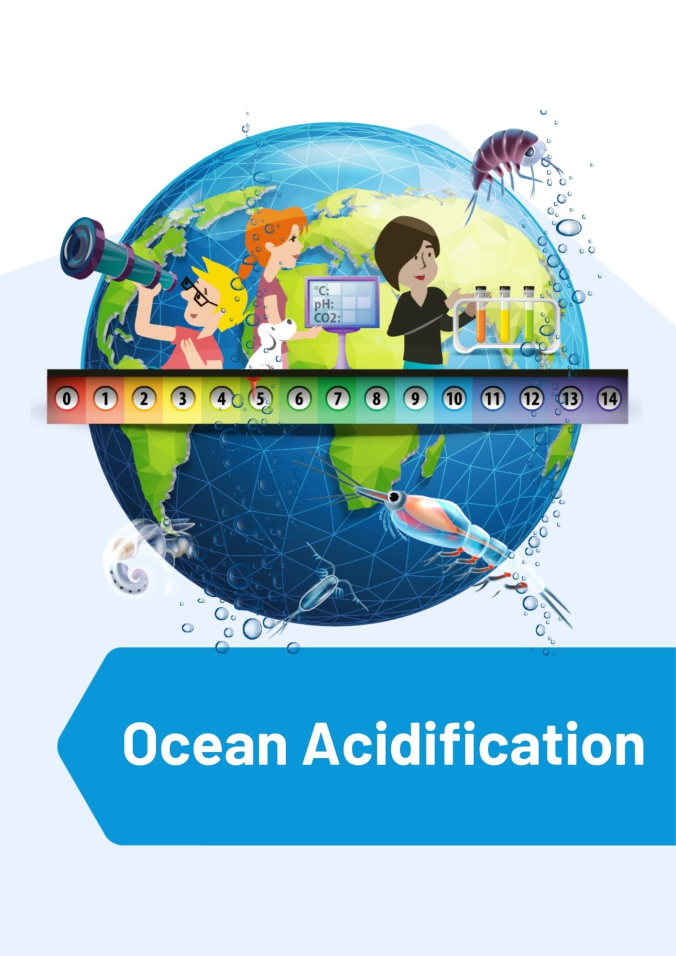 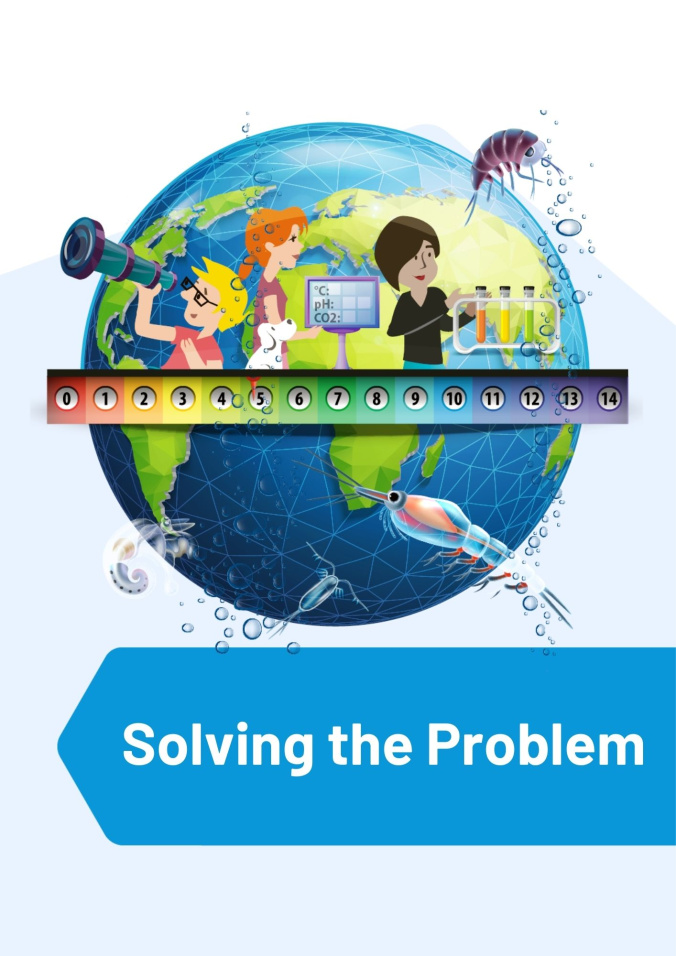 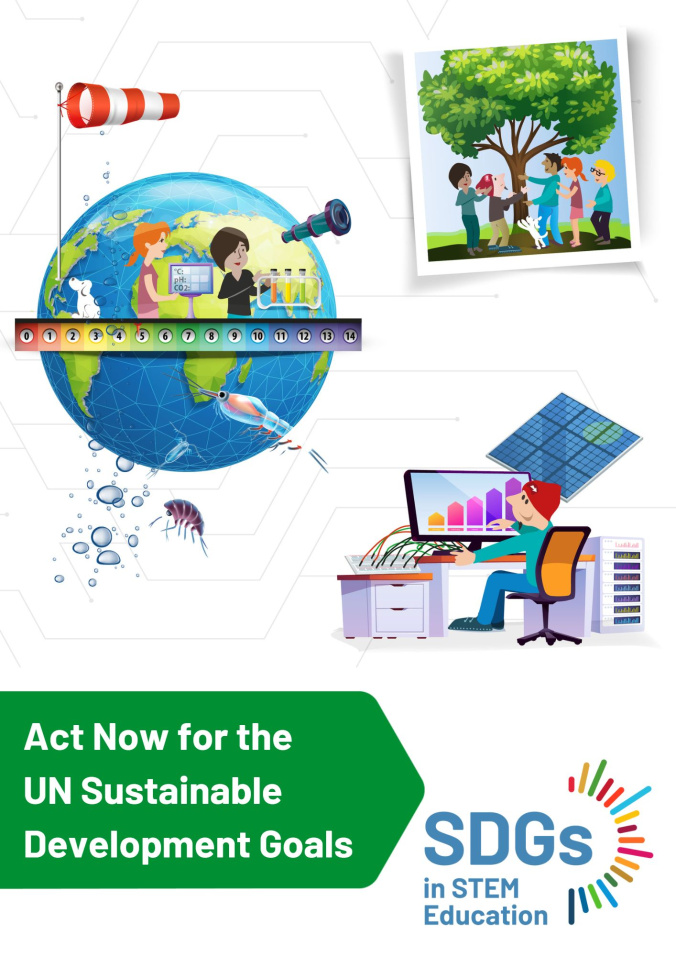